Rock Star Lit is pleased to announce our Wonderful Whodunit contest for Summer of 2016! 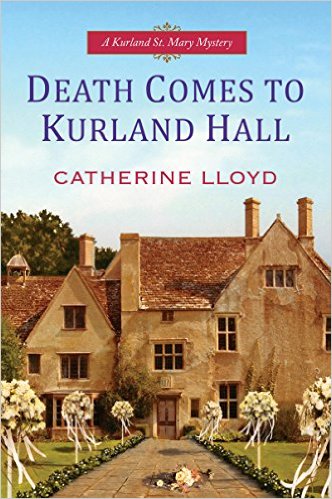 As wedding bells chime in Kurland St. Mary, a motley group of visitors descends on the village—and with a murderer on the prowl, some of them may not be returning home…

Lucy Harrington has returned to Kurland St. Mary to help with her friend Sophia Giffin’s wedding. But her homecoming is made disagreeable by the presence of Major Robert Kurland, whose bungled proposal has ruffled Lucy’s composure, and a meddling widow who has designs on her father, the village rector.

Wary of the cloying Mrs. Chingford from the start, Lucy has doubts about the busybody’s intentions with her father. But everyone else seems to think they make an ideal match—until the courtship is curtailed when Mrs. Chingford is found dead at the bottom of a staircase. It’s clear that it wasn’t an accident, and in hopes of finding the culprit, Lucy and Robert call a truce and begin scrutinizing the wedding guests.

But the widow left behind plenty of enemies, and when one of them is the next to turn up dead, Lucy and Robert discover that the truth is far more scandalous than anyone could have imagined…

END_OF_DOCUMENT_TOKEN_TO_BE_REPLACED

Only One More Page is a participant in the Amazon Services LLC Associates Program, an affiliate advertising program designed to provide a means for sites to earn advertising fees by advertising and linking to amazon.com. As such, books linked to amazon.com will take you to a link associated with my affiliate profile.
Loading Comments...