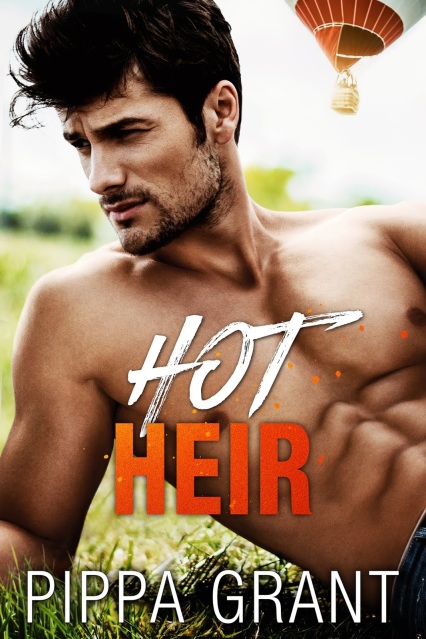 Blurb
If I had to pick a bride of convenience, my first choice would NOT be Peach Maloney.
My fiftieth choice would NOT be Peach.
Top spot on my list of occupational hazards? Yes.
Royal pain in the ass?  Yes.
A bride of convenience? No.
But I’ve unexpectedly gone from royal bodyguard to monarch, having inherited a crown that was stolen from my family long before my birth. The kicker of this unexpected royal gift? In order to take the throne I must find a wife.
Have I mentioned Peach would NOT have been my hundredth choice?
But I’ve no other options, and she needs a favor that my new position can fulfill quite nicely. So we’ve agreed to play the doting newlyweds out in public.
In private, though, our rules are simple:
No touching.
No talking.
And certainly no sex.
I should have known better than to marry a rule-breaking pain in the arse.
ADD TO GOODREADS 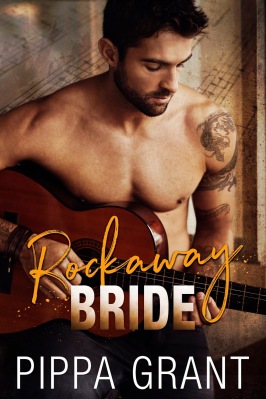 AMAZON US / UK / CA / AU
Read in Kindle Unlimited
Author Bio
Pippa Grant is a stay-at-home mom and housewife who loves to escape into sexy, funny stories way more than she likes perpetually cleaning toothpaste out of sinks and off toilet handles. When she’s not reading, writing, sleeping, or trying to prepare her adorable demon spawn to be productive members of society, she’s fantasizing about chocolate chip cookies.
Author Links
FACEBOOK

Some doors were never meant to be opened…

I made a fateful mistake. I should never have peeked behind the doors into his forbidden world.

But I did, and now I’m a prisoner. Trapped by the man I thought I loved. The man I once foolishly trusted. The man who, despite his lies and deception, I continue to crave.

He can melt my resolve with one rough, whispered demand, and I feel myself giving in to the desire he still stirs inside me. And yet, if I want to survive, I must find a way to escape. Because if I don’t, I’m afraid I’ll be consumed by a shadowy world that will ultimately destroy me.

Lost forever in his wicked House of Sin…

I’m so mad at this book. Lay on my bed, scream into my pillow, and kick my feet in a rage worthy of a three-year-old’s temper tantrum, mad. All because of that cliff hanger. I am mad I have to wait for the next iteration of this book.

Deceived is an emotional roller coaster of highs and lows. I don’t give away anything in my reviews so you’re going to have to read it for yourself, but trust me when I say you’re going to feel rung out and hung up to dry after reading this book. As the second book in the House of Sin series, you absolutely have to read the book one, Forbidden.

This is an dark romance, so there are some themes that may not be to everyone’s liking. I’m not a fan of really dark romance and this series rides the line enough to where I’m uncomfortable with the story, but not to the point where I want to abandon it. I’m a fan of the author so I’m willing to trust the story will continue to be edgy without taking me somewhere I don’t want to go.

Get Forbidden, book #1 in the House of Sin Series

He is temptation. Forbidden fruit. A craving I can’t seem to resist.

I went after him in search of answers, certain he had blood on his hands. Now I’ve fallen prey to his seductive looks and commanding charisma.

I know he is a threat. He’s entwined in a dangerous world I don’t understand. But that doesn’t stop me from aching for his touch, for the taste of his wicked lips.

Before I can truly surrender to the fire smoldering between us, I need to know more. I have to see behind the doors he keeps firmly locked.

**WARNING!**
This book is very sexy, very dark, and very addictive! Contains consensual kink and a dark and dominant hero with a dangerous secret.

Before topping multiple bestseller lists—including those of the New York Times, USA Today, and the Wall Street Journal—award winning author Elisabeth Naughton taught middle school science. A voracious reader, she soon discovered she had a knack for creating stories with a chemistry of their own. The spark turned into a flame, and Elisabeth now writes full-time.

Elisabeth has penned over thirty books and continues to write in multiple genres. Her books have been translated into numerous languages and have earned several award nominations, including three prestigious RITA® nominations from Romance Writers of America. In 2017, REPRESSED, the first book in her Deadly Secrets series, won the RITA® for best romantic suspense.

Her work has been praised by the Chicago Tribune as being filled with “deadly intrigue, high adrenaline action, and scorchingly hot passion.” Kirkus calls her “a writer talented enough at weaving a yarn to get her readers ensnared in it.” When not dreaming up new stories, Elisabeth can be found spending time with her husband and three children in their western Oregon home, wrangling two needy cats, or chasing after one very rambunctious Dalmatian.

Check out Laura’s note below and the beautiful cover! Then join the Warrior Fight Club world today!

A note from Laura Kaye:

END_OF_DOCUMENT_TOKEN_TO_BE_REPLACED

Now available!
This is a novella in the Marriage to a Billionaire series and it is part of 1001 Dark Nights.

From New York Times and USA Today bestselling author Jennifer Probst comes a new story in her Marriage to a Billionaire series. The Book of Spells returns in this sparkling addition to the series!

She had run from her demons…

Caterina Victoria Windsor fled her family winery after a humiliating broken engagement, and spent the past year in Italy rebuilding her world. But when Ripley Savage shows up with a plan to bring her back home, and an outrageous demand for her to marry him, she has no choice but to return to face her past. But when simple attraction begins to run deeper, Cat has to decide if she’s strong enough to trust again…and strong enough to stay…

He vowed to bring her back home to be his wife…

Rip Savage saved Windsor Winery, but the only way to make it truly his is to marry into the family. He’s not about to walk away from the only thing he’s ever wanted, even if he has to tame the spoiled brat who left her legacy and her father behind without a care. When he convinces her to agree to a marriage arrangement and return home, he never counted on the fierce sexual attraction between them to grow into something more. But when deeper emotions emerge, Rip has to fight for something he wants even more than Winsor Winery: his future wife.

**Every 1001 Dark Nights novella is a standalone story. For new readers, it’s an introduction to an author’s world. And for fans, it’s a bonus book in the author’s series. We hope you’ll enjoy each one as much as we do.**

Let me assure those not familiar with Jennifer Probst’s Marriage to a Billionaire series (like me), this novella is very easy to read – you don’t need to have read any of the other books in the series to really enjoy this story.

I was immediately dropped into the conflict between these two characters and because of that I was immediately on the edge of my seat waiting for the reveal. That moment when things go wrong and you get that twinge of heart ache. This story is heartfelt and angsty in all the best ways.

The happy ever after ending was tied up a little too nicely for my personal tastes, but I’m one of those readers that doesn’t mind a more realistic happy for now ending. Even so, I really enjoyed this book & immediately bought the first book in the series.

Add the book to Goodreads

BUY IT FROM AMAZON

Jennifer Probst – Bio:
Jennifer Probst wrote her first book at twelve years old. She bound it in a folder, read it to her classmates, and hasn’t stopped writing since. She took a short hiatus to get married, get pregnant, buy a house, get pregnant again, pursue a master’s in English Literature, and rescue two shelter dogs. Now she is writing again.

For the men of the Body Armor agency, the only thing more dangerous than the job they do is the risk of losing their hearts. Don’t miss Brand and Sahara’s epic story. Grab your copy today!