Violet Vasquez never met her biological father, so learning he left his beloved hockey franchise—the Chicago Rebels—to her is, well, unexpected. Flat broke and close to homeless, Violet is determined to make the most of this sudden opportunity. Except dear old dad set conditions that require she takes part in actually running the team with the half-sisters she barely knows. Working with these two strangers and overseeing a band of hockey-playing lugs is not on her agenda…until she lays eyes on the Rebels captain and knows she has to have him.

Bren St. James has been labeled a lot of things: the Puck Prince, Lord of the Ice, Hell’s Highlander…but it’s the latest tag that’s making headlines: washed-up alcoholic has-been. This season, getting his life back on track and winning the Cup are his only goals. With no time for relationships—except the fractured ones he needs to rebuild with his beautiful daughters—he’s finding it increasingly hard to ignore sexy, all-up-in-his-beard Violet Vasquez. And when he finds himself in need of a nanny just as the playoffs are starting, he’s faced with a temptation he could so easily get hooked on.

For two lost souls, there’s more on the line than just making the best of a bad situation… there might also be a shot at the biggest prize of all: love.

Calling all fans of the Las Vegas Golden Knights and their Cinderella journey to the Stanley Cup Finals…  Kate Meader’s last installment in the Chicago Rebels series, Hooked on You should be your next read.  Filled with heart, an underdog hockey team run by women that no one took seriously, and the perfect team of misfits, this book has it all; there is even a cameo by a reader favorite couple from the Fighting Dempsey’s.  I have loved this series from the beginning and reading it during Finals was absolutely perfect. 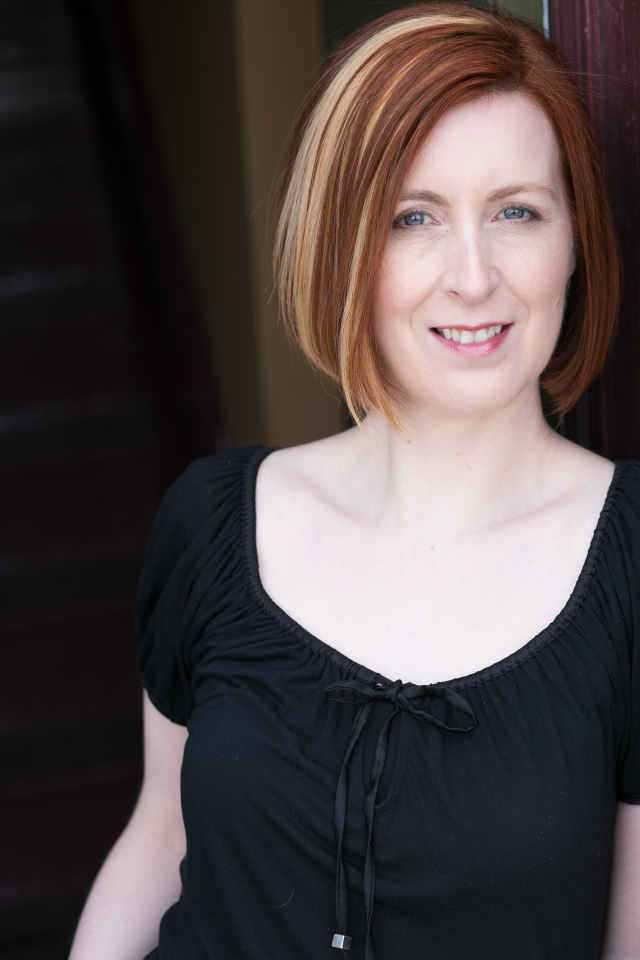 Originally from Ireland, Kate Meader cut her romance reader teeth on Maeve Binchy and Jilly Cooper novels, with some Harlequins thrown in for variety. Give her tales about brooding mill owners, oversexed equestrians, and men who can rock an apron, a fire hose, or a hockey stick, and she’s there. Now based in Chicago, she writes sexy contemporary romance with alpha heroes and strong heroines (and heroes) who can match their men quip for quip. Visit her at KateMeader.com. 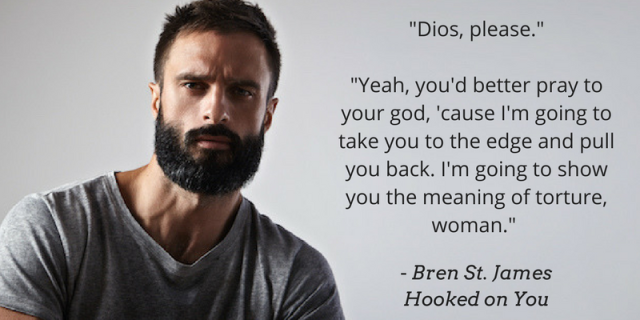 She blew out a breath that was half growl, picked up a can of Italian wedding soup, and examined the ingredient list like she was studying for a test. Why wasn’t she taking this opportunity to get under his skin using those taunts that tripped off her tongue like sensual ninja knives?

“Have I offended you in some way, Violet?”

Keeping her chin dipped, she shook her head, but it was a shake of disbelief, not of disagreement with his question.

Glittering eyes snapped to his, in them a flash of something—a visceral response to his demand—but it was gone so quickly that even the rewind called him a liar.

“Look, St. James, you and I have never meshed, so we don’t need to pretend to get along. We just ran into each other at the store and you ‘saved’ me from the unseemly interest of a fellow shopper. ¡Maravilloso! ¡Gracias! Now you can take your steel buns and your sexy scowl off in the opposite direction.”

She’d changed the social contract. They’d been moseying along with her teasing and taunting and flirting, and him acting like it was the worst thing ever to happen to him. Like Violet’s attention was a fresh slice of hell, because in a way it was. She reminded him of everything he couldn’t have. She reminded him of the man he used to be. His body came alive around her, and alive was dangerous. Alive was the opposite of numb, and numb was his best defense against the demons whispering in his ear.

One drink won’t hurt. Thirst like yours can’t be quenched with anything but whiskey.

If he allowed himself to want her, it was a slippery slope to succumbing to the demons at the door. Of course he couldn’t tell her this, so instead he latched on to her words.

“Steel buns?” There was also “sexy scowl,” but he figured he’d start with the ass stuff.

She rolled her eyes, then coasted those same eyes down his body, half hidden by the grocery cart. “As if you don’t know.”

“That I have an ass you could bounce a puck off of?” He twisted to check himself out. “S’pose I do, lass.”

She burst out laughing and muttered something in Spanish.

One day she’d tell him. One day, he’d get it out of her, preferably while her body arched into his and his body drove into hers.

Only One More Page is a participant in the Amazon Services LLC Associates Program, an affiliate advertising program designed to provide a means for sites to earn advertising fees by advertising and linking to amazon.com. As such, books linked to amazon.com will take you to a link associated with my affiliate profile.
Loading Comments...
Comment
×
%d bloggers like this: