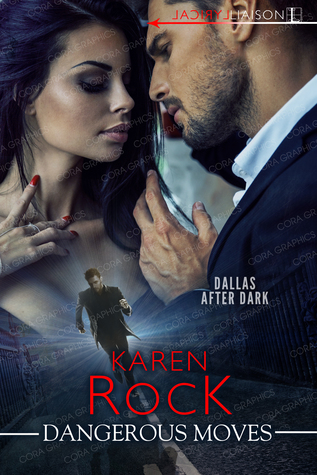 Pounding music. Sculpted men. And a conspiracy that could cost far more than a few dollar bills . . .

Detective Blake Knight has been undercover before. But an assignment to bust a steroid ring running out of Dallas’s elite male strip club means his new cover will be nothing but his own taut muscles and oiled skin. It’s one thing for the tough, by-the-books agent to take down bad guys with his gun. Facing a rowdy crowd in only a G-string is another story . . . especially in front of his new boss, gorgeous, mysterious Reese Landon.

Her father’s club and shady business practices bring back terrible memories for Reese. But when he’s shot and goes into a coma, she vows to protect him the way he never did for her. That means keeping the police at a distance—especially sexy, driven Detective Knight. If she has to give him a cover job, it would be a crime not to put that glorious ass on stage. But no matter how good he looks in a Velcro uniform, she can’t trust him, or give into the undeniable heat between them. They’re both chasing the truth. And it might expose more than either wants to show . . .

“Look, lady. I’m not one of your pretty boys.” Blake cleared his throat and breathed in a steadying gulp of air. Too bad Reese’s scent filtered through as she glided around the desk, seducing his senses with the knowledge of how she smelled.

Clean. Like soap rather than fragrance. The intimate realization made him want to know what her hair smelled like too. Hell.

“No. But variety spices things up, don’t you think?” She leaned against the desk and cocked her head. “Take off your clothes.”

He stepped back and crossed his arms, shock rippling through him. After a moment, he managed to unclamp his jaw and say, “Not happening.” She pouted and made a noise that sounded more amused than sympathetic. “Too bad. I can’t “hire” you without an audition. So, if you’ll excuse me, I’ve got work to do.”

His feet stuck to the floor as she brushed by him. Her hand landed on the doorknob before the truth hit him. She wanted him out of here and had no intention of letting him go undercover in the club. She’d made it impossible on purpose. To hell with that.

He could impose his will, but then he’d jeopardize any chance at building rapport with her, a critical tool of his undercover work.

He pulled his gun belt out of the back of his pants, placed it on the chair and whistled, making her head snap around. When her eyes fixed on him, he tugged his T-shirt from his jeans, lifting it slowly, inch by inch, the air conditioning making his abdominal muscles contract. When the tee reached shoulder height, he pulled it off and tossed it at her feet.

There. She wanted a show, and he’d give her one.

Reese sucked in her cheeks, her gasp filling him with pleasure, strong and tart. Had she thought he’d back down? She’d learn, soon enough, he didn’t run from challenges…ever.

At last her mouth closed, and she stepped closer, chin raised. “Not bad.

“Because you can’t handle seeing the rest. Trust me.”

One eyebrow arched, and she gave him a speculative stare. “Didn’t peg you for the shy type. Guess a job here won’t work out after all.”

His head jerked back. She wasn’t letting up on this little game. She believed if she pushed him hard enough, she’d get rid of him completely.

He set his jaw.

If she wanted more, he’d sure as hell give it to her.

His fingers fumbled with his belt before yanking it loose and dropping it to the floor. He hesitated a moment, his hands on his zipper.

He slid the iron teeth apart and turned on his heel, dropping his jeans and boxer briefs so they pooled at his feet. The air slid across his bare skin, her sharp intake of air the only sound in the room.

He planted his feet far apart to give her some bonus footage and peered at her over his shoulder.

“Want me to turn around?” He bit back a chuckle, enjoying this sexy cat-and-mouse game. 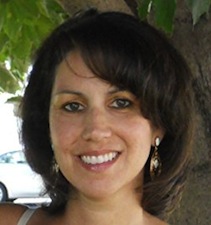 Award-winning author Karen Rock is both sweet and spicy—at least when it comes to her writing! The author of both YA and adult contemporary books writes sexy suspense novels and small-town romances for Harlequin and Kensington publishing. A strong believer in Happily-Ever-After, Karen loves creating unforgettable stories that leave her readers with a smile. When she’s not writing, Karen is an avid reader who also loves cooking her grandmother’s Italian recipes, baking and having the Adirondack Park wilderness as her backyard, where she lives with her husband, daughter, dog and cat who keep her life interesting and complete. Learn more about her at http://www.karenrock.com or follow her on twitter at http://www.twitter.com/karenrock5.