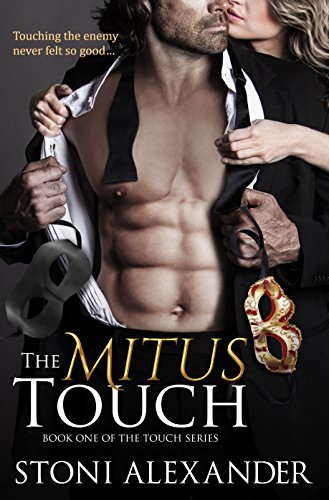 Corporate raider Colton Mitus is success and power personified. He demands control in the boardroom and in the bedroom. So he shouldn’t be tempted by the newest member of the Mitus team. But he is. Brigit challenges him and frustrates him, but also quiets the demons that haunt him, especially as she agrees to be drawn into his secret, sinful world.

The most lucrative deal of Colton’s career places Brigit’s family’s company in jeopardy. When old enemies return hell-bent on ruining him, Brigit is the only person who can save him. But she’s been keeping secrets that could destroy everything…

The Mitus Touch was an engaging story and I think if the author had picked one major conflict to focus on, the storyline could have been a little tighter. But all the conflict seemed to draw out for a lot of the book and them BAM! coalesce all together very quickly.

The chemistry between Colton and Brigit was very well done. The employer/employee taboo helped drive up the tension between the two lovers – the ‘forbidden’ aspect of their relationship, as it were. As I said previously, the ‘kink’ could have been taken out and the book would have been better for it. I mean really…who makes their employees watch a sex show? And who works for someone who makes you watch a sex show as a condition of your employment? That was just weird.

Okay. Either way, I liked the book overall. I’d be interested in reading more books by this author. I hope in the future she focuses more on the relationship conflict between the characters rather than the kinkiness of the sex.

It’s available on Kindle Unlimited, so you’re a subscriber I’d definitely recommend checking it out.