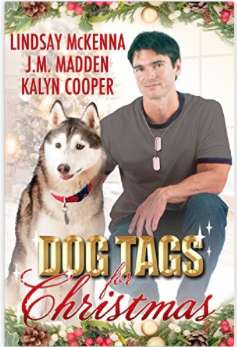 Men and women in the armed forces are often away from home, family and their beloved pets for the holidays. But this year, three service members will be home for Christmas in heartwarming military homecoming stories by New York Times Bestselling Authors Lindsay McKenna, KaLyn Cooper and J.M. Madden. 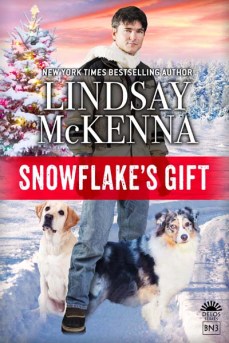 Snowflake’s Gift by Lindsay McKenna
Two veterans—one human, one canine—have returned to
Montana to recover from the traumas of war. Former Army Ranger Nick Conway depended on his WMD dog Snowflake to help him navigate IEDs on the battlefield.
Now he needs his best friend to help him cope with his PTSD and acclimate to civilian life. When he meets Holly McGuire and agrees to help her deliver meals to the elderly, her inner light calls to him, but his demons hold him back from giving in to his attraction. But Snowflake takes an immediate shine to the kindhearted Holly—and he has never led Nick down the wrong path. 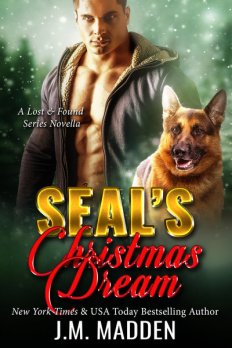 SEAL’s Christmas Dream by J.M. Madden When Veterinarian Willow James’ office is broken into, it’s natural that she turn to her soul mate, former Navy SEAL K9 handler Joe Flynn, to track down the culprits. The trail leads to a notorious Pit-Bull fighting ring. It may take a Christmas miracle and a helpful nudge from an old partner to get everyone home safely. 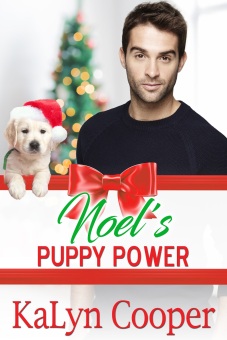 Noel’s Puppy Power by KaLyn Cooper Tanner Hill is better at communicating with animals than women. That might be why he hasn’t had a second date in over two years. He’s also been extremely busy with his kennel that has become the premier training facility, specializing in supplying dogs to veterans suffering from Post-Traumatic Stress Disorder. Then again, there is this psychologist he can’t get out of his head, or his heart.

Dr. Bailey Conrad would never allow the loss of half her right leg to an IED in Iraq to stop her. Every day at the VA hospital, she sees patients who have lost so much more to the war effort. It’s her goal in life to help as many vets as possible to find a ‘new normal’, because she knows firsthand, it’s the internal scars that can be the most difficult to heal. 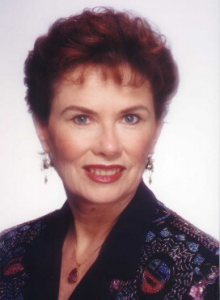 Lindsay McKenna lives her life as a risk taker, and it shines through the books she loves to  write: romance, adventure and suspense. She started writing at age thirteen and continues to hone her writing skills to this day. She sold her first romance novel in 1981. The rest is history. Because she went into the military, this experience became the backbone of her writing—she is credited with writing the first military romance novel (Captive of Fate, 1983, Silhouette Special Edition) and has created a thriving sub-genre within the romance field! As a New York Times Best Selling author, she has sold 23 million books and in 32 foreign languages in her career thus far. Her many experiences in the U.S. Navy are  backdrop for her understanding of the military in general, and also her very successful Morgan’s Mercenaries, which is an ongoing series in Silhouette to this day! Forty-five books strong!
Lindsay has gone Indie in 2015 and has created a new family saga on par with Morgan’s Mercenaries It is known as the DELOS SERIES. There will be paperback and eBooks created under Blue Turtle Publishing, her company for her fans. Readers who love Morgan and his family are bound to fall in love with the Culver family. Delos is romantic suspense, which Lindsay is well known for. It took her five years to create and bring DELOS to her readers. It was worth the wait, but we’ll let you decide that. Lindsay loves to hear from her readers and loves to know what they’d like to see her write next. Stay up with the latest on the Delos Series here. Please visit her Web site at  www.lindsaymckenna.com. And be sure to sign up for her free quarterly newsletter. It contains exclusive content found nowhere else on the Net. Plus, giveaways and other surprises, to her loyal and faithful subscribers! 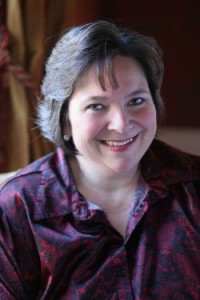 NY Times and USA Today Bestselling author J.M. Madden writes compelling romances between ‘combat modified’ military men and the women who love them. J.M. (the J stands for Jennifer, not Jim as she’s been asked MANY times!) loves any and all good love stories, most particularly her own. She has two beautiful children and a husband who always keeps her on her toes.
J.M. was a Deputy Sheriff in Ohio for nine years, until hubby moved the clan to Kentucky. When not chasing the family around, she’s at the computer, reading and writing, perfecting her craft. She occasionally takes breaks to feed her animal horde and is trying to control her office-supply addiction, but both tasks are uphill battles. Happily, she is writing full-time and always has several projects in the works. She also dearly loves to hear from readers!
Website | Facebook | Twitter | GoodReads 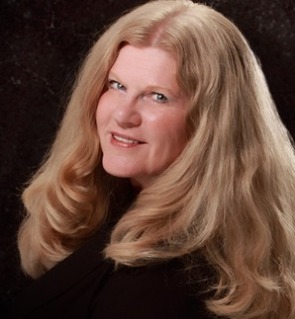 KaLyn Cooper’s romances blend fact and fiction with blazing heat and heart-pounding suspense. Twenty-two years as a military wife has shown KaLyn the world, and thirty years in PR taught her that fact can be stranger than fiction. She leaves it up to the reader to separate truth from imagination.

She, her husband, and bird dog live in Eastern Tennessee on a micro-plantation filled with gardens, cattle, and quail. When she’s not writing, she’s at the shooting range or paddling on the river.

3 thoughts on “~☆New Release☆~ Dog Tags for Christmas an Anthology”