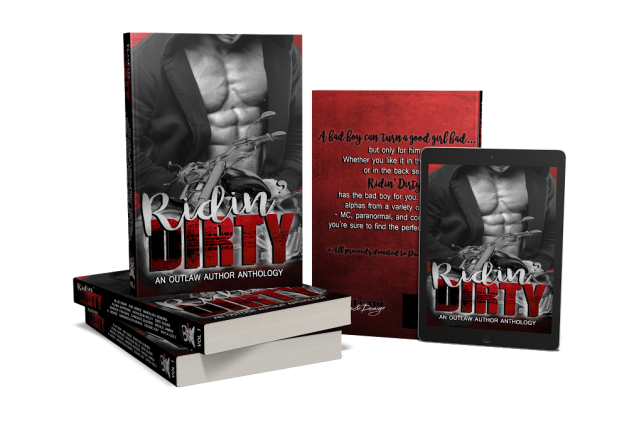 A bad boy can turn a good girl bad…
but only for him.
Whether you like it in the saddle or in the back seat,
Ridin’ Dirty
has the bad boy for you.
With sexy alphas from a variety of genres – MC, paranormal, and contemporary –
you’re sure to find the perfect one for you!

Being a Painted Lady for the SixGun Outlaws meant you were special. Or did it? Tiger Lily, one of the most sought out Ladies of the SOMC, has serious doubts. The man she wants doesn’t know she exists, and her best friend is a respected ol’lady. Feeling out of sorts, Tiger Lily must make a tough decision that could affect her future—but in the end, will it be enough to get what she truly wants?

THE DEVIL
(A Prequel to Devil’s Love)
by Kim Jones

For years, Marty, the newest patch holder for the Devil’s Renegades MC, has been attracted to the club’s little sister—Maddie. And like all his brothers before him, Marty has been warned that she’s off limits. But when the club president asks Marty to keep an eye on Maddie while he’s out of town, Marty finds himself torn between giving into his desires and keeping his promise to the MC. It should be easy to uphold the legacy of the club—love, loyalty and respect. But when you’re a Devil, sometimes it feels too damn good to be bad.

George Bell, aka Twisted, is a man with a past. Even when he’s not searching for it, trouble always seems to find him. A chance meeting gives him a glimpse of beauty so sweet, he can’t believe his good. Penny Dane is the red-haired beauty caught up in his web of lies. He’s like no one she’s ever met before. The problem is, he knows it.

Gage and Raven have a near perfect life. The only thing missing is the baby Gage desperately wants. Then, a secret comes to light that turns their world upside down, and starts a chain of events that could destroy them. After all they’ve been through, do they have any fight left in them?

Dane, President of the Savage Angels MC Tourmaline Chapter sends Rebel to Las Vegas to negotiate their purchase of a casino.  When the local Mob Family in Vegas feels threatened by their presence, a rival MC, The Dark Warriors step in to protect what they consider their territory.

The Warriors are a ruthless club who will stop at nothing in their pursuit of power.

An innocent woman catches Rebel’s attention which serves to give the Warriors a brand new target. Ruby is caught in the crossfire and with a rat in the mix, all bets are off.  Will Rebel be able to save his woman and close the Casino deal or will he lose it all to the Dark Warriors?

When she comes to the station, desperate to find her missing brother, all I want to do is help.  He’s not only pissed off a notoriously vicious street gang, but she’s affiliated with an MC whose reputation is just as bad.  I want to help her.  I have the authority.  I even have the resources of the Street Crime unit I work for.  What I don’t have is the willpower to keep my hands off her. 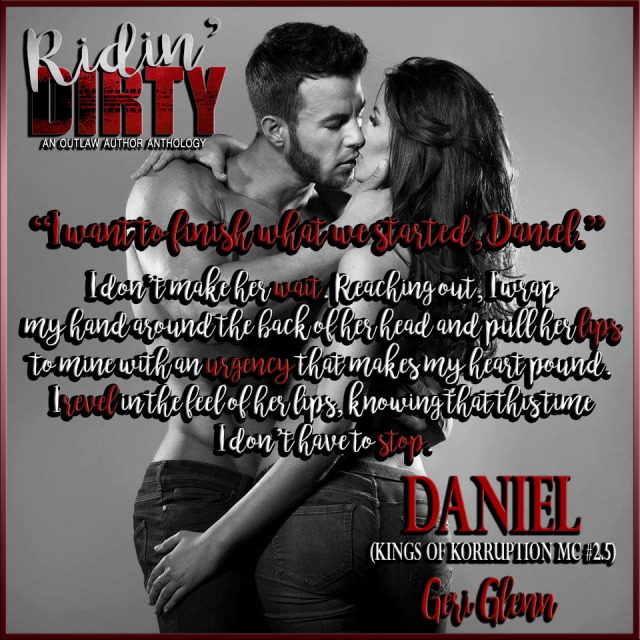 Karmen’s life has been anything but easy. After growing up without anyone who loved her, she finally has the simple, quiet life she’s always wanted.
At least, it was simple until she gave into Nickel, a member of the local MC, who had been chasing her for months. Will Nickel be everything Karmen has wanted, or will her past come back to haunt her, ruining everything?

Nix was a Special Forces sniper, and he’s teaching classes in the MC’s gun store.
Most deer can’t function without constantly freezing or running, but Tippy’s found ways to navigate modern life.
Wolves are monogamous. Deer are promiscuous. Can predator and prey find a happily ever after? 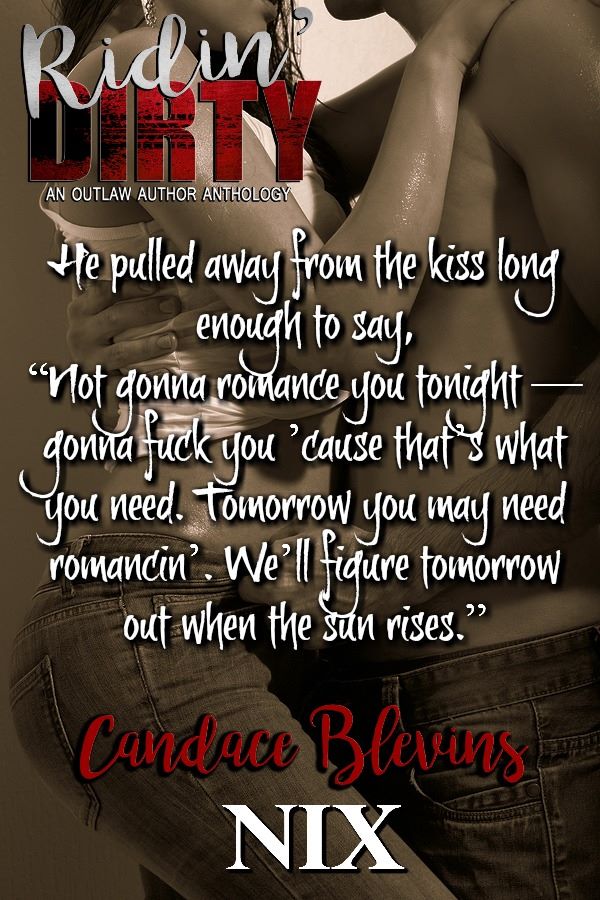 They say opposites attract. That certainly was the case with the six-foot-four redheaded Biker and the petite Asian beauty that’s been the center of his life since the first night he set eyes on her. Red Dog is a member of the Evil Dead MC, a brotherhood that’s had his back through thick and thin. He’s going to need them now more than ever when his whole world starts to crumble around him.

The minute I see her familiar number flash across my screen, I know I should ignore it. She broke my heart when we were eighteen and never looked back.
Instead like the fucking idiot I am, I answer it and save the damsel in distress.
I want answers and I’m not letting her leave until I get them.

A tumultuous life and a series of bad choices have led Annie to a desperate place. Nearly homeless, alone and emotionally scarred with two small boys to care for she must get her hands on a lot of money and fast. Annie finds an unlikely hero in a mysterious man who simply goes by the name of H. As if by some unidentifiable power, H always seems to show up just when she needs him the most. With so much at stake is Annie willing to follow her unreliable heart and trust that she isn’t making another bad decision or will her fierce yet gentle giant prove to be worth the risk? 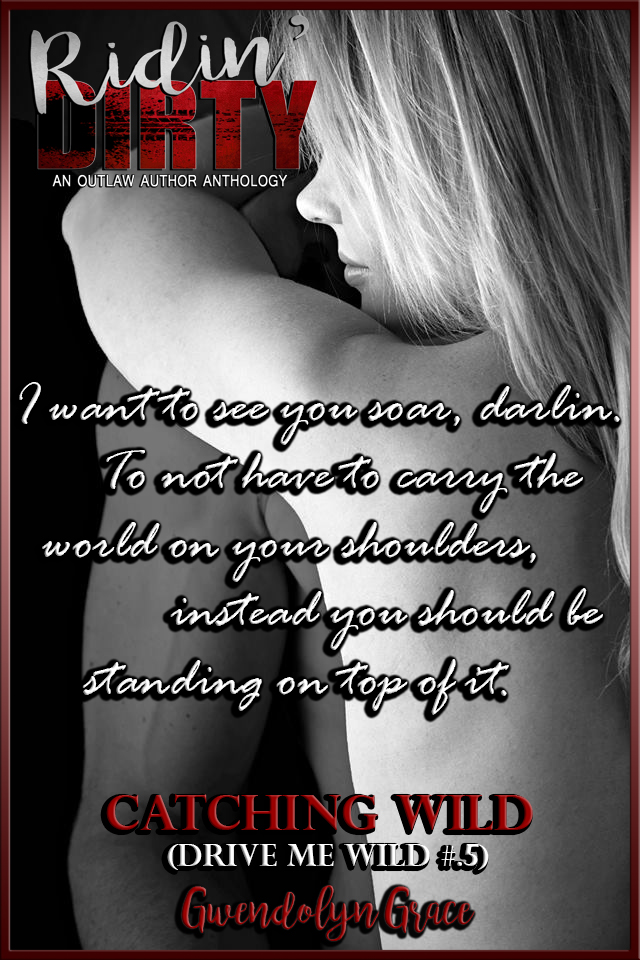 What does a bullrider and a clubwhore have in common? Nothing really, but when Sonya “Shug” Collins and Cody Sterling meet sparks fly and the chemistry ignites. Can one weekend change everything for Shug? Will Cody start wanting more than a line of buckle bunnies from town to town? This is the beginning of a fun, crazy, and beautifully twisted romance that shouldn’t make sense, but it does.

KISS AND TELL
by Shyla Colt

Girl next door, Marlee Hurst has a naughty secret. For years, she’s been in bed with the town bad boy, Ren Savage.  Tired of his refusal to commit, she sends the sexy bike riding bar owner packing. She thinks it’s the end, but it turns out it’s only the beginning.

A product of a broken home and an abusive father, Ren Savage didn’t do commitments. Until he saw Marlee working at the town festival’s kissing both and publicly claimed what was his. To keep the woman he loves, he’ll have to face his demons and show her he’s in it for keeps this time.

***This anthology will only be available for a limited time. All proceeds will be donated to Project Semicolon***