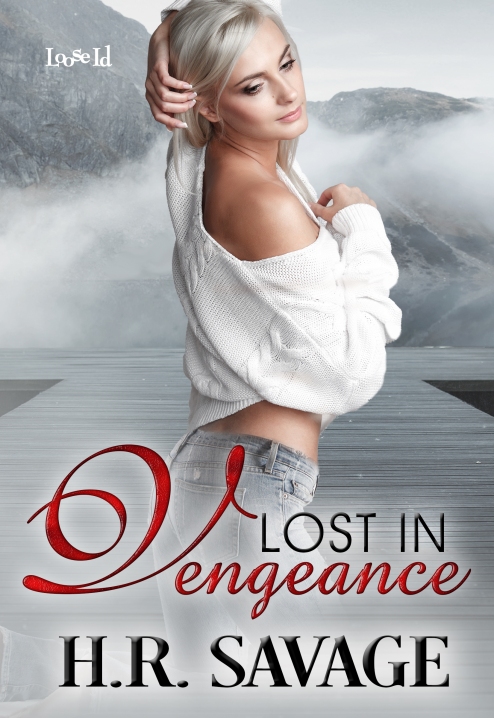 Shifter Catrina Macintyre roamed the wilderness of Alaska as a lone wolf for six years. Imprisoned in her wolf form by a promise to her mother, she seeks the opportunity to discover the truth about her parents’ murders. When an Alpha saves her and takes her to his pack, she has to decide whether he will aide her…or destroy her.

Killian Stone is the Alpha of Wolf Creek, determined to save what the Shifter race is quick to dismiss or kill: lone-Shifters. After years of disappointment, finding Cat was a relief. That is until the intriguing and challenging she-wolf reveals that her past could put his pack in danger.

Their undeniable attraction toward each other threatens to collapse Cat’s defensive walls. She’s torn between the hope of a future, and the lingering pain of her past. The truth may be more than either of them anticipated, threatening not only Cat, but the whole Shifter race.

Will Killian convince Cat to abandon her quest for vengeance before it destroys them all?

They stood across from each other in the ring. They were both barefoot, as were the rules of beginner practice. It was important for the person learning to realize the correct footing and balance before being constricted to shoes. With her being a girl, he was hoping to eventually teach her how to fight in heels, so she’d be ready for any incident.

“All right. I’m going to hold my hands up at my head, and I won’t touch you with them the whole time. You come at me with some of the footwork and stuff I showed you.”

Killian lifted his hands in the air to the side of his head, similar to a criminal surrendering. He wiggled his fingers at her and nodded to tell her to go.

It took a second for Catrina to move. He could see the way she contemplated which direction she wanted to go, as her stare shifted from side to side in time with her feet. Finally, she looked him dead in the eye and started circling him, pacing like a tiger anxious for its meal. Killian kept completely still, but his focus remained on Catrina, wondering which move she’d make first. He guessed it would be low, a hit to the side or maybe the stomach, because most new fighters were scared to hit the face.

His standing still was worrying her. He could see it in the slight squint of her eyes. As she got closer, he knew the moment she made a decision. She focused in on his left side just as her right hand shot out in a lightning-quick punch. Moving just in time, he shifted to his right, causing her to fall face first onto the mat.

“Be careful, little wolf. Your eyes gave that move away. You can’t let the enemy know where you are going to hit!” he said sternly, trying to hide his smile.

She pushed herself off the ground and glared at him. Blowing hair out of her face she put her hands on her hips.

“And how do I not look where I plan on hitting?”

“Practice, pup, practice…” He trailed off as Catrina pursued him again. She didn’t know enough moves to give a proper attack, but she was looking for any way she could surprise him.

Killian smiled and rolled his shoulders, keeping his hands faithfully in their position. She kept her eyes on his face, lithely moving around him in a circle.

“You know, you’re going to have to stop calling me little wolf. It’s insulting,” Catrina said, studying him and looking for the best method of attack.

Killian shrugged. “I like it. It suits you.” He didn’t mention that he liked how her eyes flared whenever he said it to her. Like at the moment, how she stared with focus and tenacity. Her size spoke little of the warrior he saw within.

Without warning, she pivoted and gave a quick right-left jab toward his face. With her short reach, all he had to do was back up with one long stride to be out of her way. An immediate left hook toward his side caught him off guard, but he was still able to bend slightly out of the way before it made contact.

Catrina let out a long growl. Biting his lip to hold back laughter, he watched as the fire rose in her eyes and she came barreling at him in a tackle motion. She was bent down, arms wide, and her face angry as she ran.

Before she reached him though, she transformed. Instead of a small stick of flesh smacking into him, Killian was met with a ferocious ball of fur. Before he hit the ground and she was able to latch on with her fangs, he lifted one leg and kicked her into the air to fall loudly near his head.

A canine whine came from next to him, so he shot up off the mat as quickly as he could. Catrina was standing up from the position she’d fallen in, the skin around her eyes crinkled with ferocity. Black lips curled over her pearl-white teeth. All playfulness went out the window. 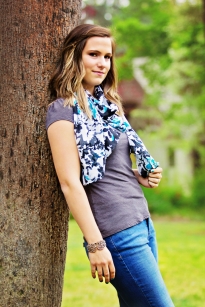 Author H.R. Savage (Heather) started reading romance at an age that made her father cringe as she tried to hide the cover behind her hands. She technically finished writing her first book in Junior High, where it mysteriously disappeared in a reformatting incident. Due to the encouragement of her English teachers at her small town school in La Verne, California, she never lost her love for the art. Now a woman who swears by the power of coffee, Chinese food, and wine (not necessarily in that order), she decided it was time to create stories from the characters in her head.

When Heather isn’t writing, outlining, or pinning pictures of hot ‘character inspirations’ on Pinterest™, she is spending time with her two beautiful children, handsome husband, and dramatically energetic Australian shepherd at their home in San Bernardino, CA.