Find Me
Remember Me
Keep Me

Add to your TBR 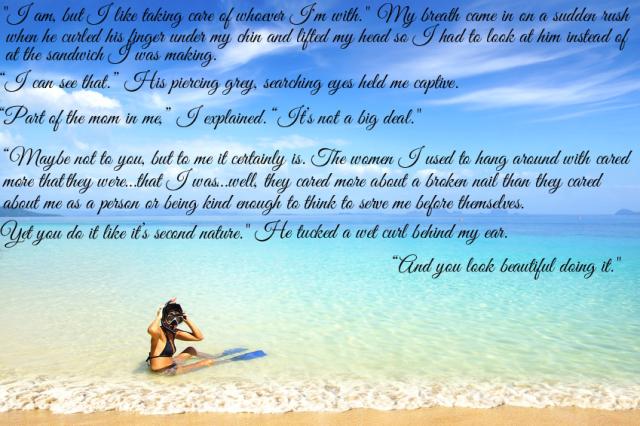 **Find Me, Remember Me, and Keep Me is a full and complete novel in three separate parts. A standalone Tempest spin-off.**

Romance and self-discovery later in life, the FINDING ME series is a Tempest standalone spin off with a more experienced but familiar cast of characters. Find Me. Remember Me. Keep Me. A story about hard decisions, second chances and love when you least expect it!

Almost forty-one-year-old Annabelle Morris, wife to multi-billionaire record label executive Charles Morris of Zenith Productions, and mother of two is at a crossroads in her life.

Separated from her husband after walking in on him having sex in the public restroom of a charity event she was hosting, she has arrived on the island of St. John alone and rejected, determined to re-evaluate her life and her marriage. She’s tired of being her husband’s showpiece while he pretends she doesn’t exist. She’s tired of trying to make their marriage work for the sake of their two teenage boys.

When she meets Johnny Lightning, a sexy but mysterious piano-playing, bearded sailor, she is tempted to break vows she has never before broken. But Johnny is much younger than her and seems to be hiding more than a few secrets of his own.

From the laid-back sandy beaches of the Caribbean to the elite circles of Dallas high society, Annabelle is forced to make critical choices.

Is a chance for happiness worth the risk of giving up the life she has always known?

Worth jeopardizing her own and possibly even her children’s future?

In the end, will she stay on her present course or brave a new and uncharted one?

Find Me, Remember Me, and Keep Me is a full and complete novel in three separate parts.

Love Evolution, Love Revolution, and Love Resolution are a BRUTAL STRENGTH centered trilogy, combining the plot underpinnings of Shakespeare with the drama, excitement, and indisputable sexiness of the rock ‘n roll industry.

Things take a bit of an edgier, once upon a time turn with the TEMPEST series. These pierced, tatted, and troubled Seattle rockers are young and on the cusp of making it big, but with serious obstacles to overcome that may prevent them from ever getting there.

Rock stars, myths, and legends collide with paranormal romance in a totally mesmerizing way in the MAGIC series.

Catch the perfect wave with irresistible surfers in the ROCK STARS, SURF AND SECOND CHANCES series.

Romance and self-discovery, the FINDING ME series is a Tempest spin off with a more experienced but familiar cast of characters.